Three songs by three musicians, all using microtonal and xenharmonic tunings. A little mixture of avant rock, algorithmic IDM, and space pop – remixed by Sevish in a drum’n’bass style.

Brendan Byrnes is a composer and multi-instrumentalist working in LA as a music producer and mix engineer. His song ‘Operator’ from the 2017 album ‘Neutral Paradise’ combines microtonal guitars and modern electronica to kaleidoscopic effect. Operator uses a 13-limit just intonation scale. 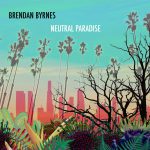 Acreil is no stranger to alternative tunings, writes his own DSP routines and reverse engineers classic electronic instruments. His spellbinding algorithmic music has earned him something of a following on YouTube. The track ‘archicembalo antidiagonal’ comes from his self-published album aleatoric aubades and features rhythms that are all subdivisions of 3. The remix still maintains some triplet feel but explores a different rhythm during the middle section. This piece is tuned to harmonics 7-13 (scale repeats at 14/7) 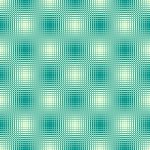 ZIA is a space pop band lead by Elaine Walker. Her epic space-rock-opera ‘Drum ‘n’ Space’ deals with themes of finding love in the cosmos. The uptempo ‘Greater Good’ is the final arc of this story, and is tuned to the highly xenharmonic Bohlen-Pierce scale. 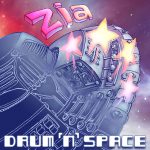