‘Reassuring Weight’ hits you like a battle axe into a sea of party balloons. Hovering between poisonous ironic lyrical deliverance and awkward over-sentimentality, this is a jarring piece of work intended to prod you in your most private place. Influenced by Jack’s disabled sisters autistic friends, who would wear weighted jackets to school as an anxiety reducing measure. Jack saw similarities of this coping mechanism in neuro-typical people and came to understand it as a universalised concept. This album is about grappling with the concept of a burden/adversity being an essential and important part of ourselves. A Reassuring Weight.

This E.P is the culmination of a brief but intense years worth of his study in the field of microtonality. Getting his introduction to the field through his University studies, Jack was immediately obsessed with the extended tonal palette that microtonality offers. Interested in Just Intonation and 22 tone scales, Jack made his own scale which he named ‘Whirlwind’. Based on the 1-3-7-11 harmonics. Pictured below on a guitar. 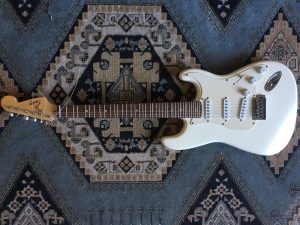 Lacking the funds to buy his own microtonal instrument, Jack taught himself how to re-fret instruments on his own, using a youtube education and cash earnt from working a soul crushing job in a pub. Funneling workers discontent and acknowledging general discontentment as simultaneously important and un-ending, Jack created ‘Reassuring Weight’.

Jack would like to thank Brendan Caulfield, Kyle Jory, Michael Manzini, Jess Boyle, Callum Blackmore, Josh Mills and Jonathon Tooke for helping to put this e.p together. And particularly Terumi Narushima and Kraig Grady for their unending support in helping me become a microtonal musician. 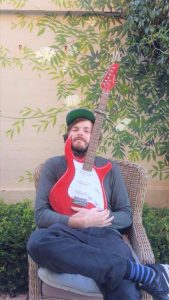